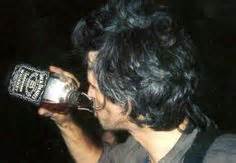 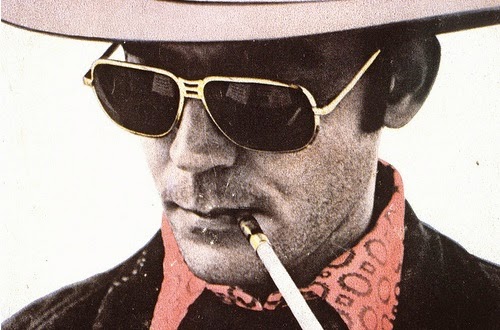 One More Round Of Applause For The Kid

NJ turned 3 the other day, and a while back I decided that I'd write this blog's last post in honor of that occasion. Mainly for reasons outlined here.  (This is probably no surprise if you've noticed the dearth of posts the past few months.) There is one more story I'd like to share, though, before I sign off. It's about NJ and Paul McCartney.

A few years ago, my wife and I had only been expecting a few days when I heard Macca's then-new single. 'Dance Tonight' is the kind of song he's been writing for 40 years -- simple, sweet melody, nice beat, lyrics that get straight to the point, however slight that point may be. "Listen to this, it sounds like a children's song," I said. Then I read that he wrote the mandolin-heavy ditty, pretty much filler in the McCartney songbook, because his 3-year-old loved dancing when he played that instrument. As a prospective father-to-be, that warmed my heart. And since I can't play the mandolin, I vowed to play 'Dance Tonight' and dance around with my child when he or she was ready to dance.

A few weeks later we miscarried. I did the best I could to comfort my wife, and I held myself together pretty well (I thought). Until I was sitting at my desk the next day, sort of zoning out, when this song popped up on the iPod. I was so overcome that I kind of went numb for a few seconds before shutting off the music, getting up and storming out of the room. It was a bad night.

The thought of the song always took me back to that place, but I never got rid of it because I thought that would be cowardly, somehow; I skipped over it once, I think, but I have thousands and thousands of tracks and it certainly didn't come up often. It did come on again, though, about two years later when my wife was about four months along with NJ. I immediately felt a catch in my throat and a rush of bad feeling, very Pavlovian. But my wife was happy (as happy as a pregnant woman can be) and healthy, and NJ was, too. This was different. I skipped over the song that time, too, but it was more of a don't-jinx-anything move instead of despair.

Once NJ was here, bright and fresh and new, I never sought out 'Dance Tonight' on my iPod. The first time it came on NJ was more than a year old, not quite walking but otherwise up and about. She was in the room, too, and I'll tell you what: We danced. Since then I've dialed it up on the device a lot, sometimes with NJ and sometimes without her. It always makes me think of her. It usually makes me cry, too. Always has. 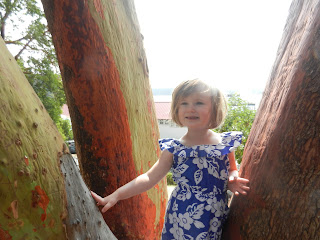 Oh, don't worry. He'll probably write stuff here once in a great while. He really can't help it.

Labels: dad is a doofus, dad's state of mind, nj

I Must Be REALLY Good At Example-Setting

A quote from the August newsletter at NJ's daycare, in the "Heard Around Preschool One Class" column (basically the school's answer to TMZ and Walter Winchell):

Damn, I make it look gooooooooooooooood.
Posted by Dad Solo at 10:54 PM No comments:

A Definite Hair Do

The girl has developed a fondness for pigtails, and perhaps I'm biased, but ... I can't believe she found a way to be even more adorably cute. 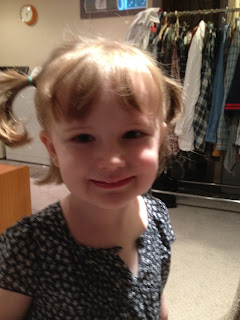 For some reason I'm unaware of, she'd never sported pigtails until a few days ago, when her teacher did them up at school. She came home very proud of her coiffure. Sure, she looks darling, but she can also get a little wacky: 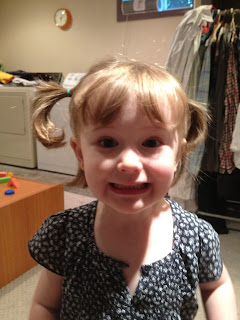 Actual quote before this photo was snapped: 'I can do silly!'


Only problem is, it can be a little tricky getting those rubber bands on and off without a little pain. I heard NJ wailing her bedroom from the front porch this morning as The Wife fixed her hair. And The Wife took off on an overnight business trip, so in a couple of hours it will be my task to remove them. RUH ROH.
Posted by Dad Solo at 4:26 PM No comments: